It’s my first day of the Christmas holidays! I’m not needed now for my regular granny stint until the beginning of January.  Instead, my daughter and I (plus my husband) are off to watch Rose in her nativity play. “We have to be there early,” says my daughter. “So we’ll meet you there.”

This is more of an outing than it sounds! As regular readers might know, my husband has had two spine and one hip operations this year and has only just stopped using his crutches. Parking is chock-a-block so it takes a while to walk to the school gates. It’s very quiet. Have we all got the wrong time or even the wrong day?

Then a passing mum spots us. “It’s in the church,” she calls out from over the road.

This is a small detail which my daughter neglected to tell me! It takes us another 15 minutes to plod there because of my husband‘s condition. “It will be good for me,” he says manfully.

“You still ought to take your crutches so other people know not to bump into you,” I suggest. But he’s having none of it.

When we get to the church, there are so many toddlers milling around that at first I can’t see my own little star. But there she is in the special outfit that her mummy has ordered online. There is also an amazing camel, a donkey, and even an elephant in costumes that look as though they could belong to a professional panto. Sometimes  I wonder whether life would have  been more difficult or easier if all this have been available in the days when we used to make do with an old sheet and a string of tinsel!

“Here’s Gan Gan,” says my daughter but to my disappointment, neither child flies into my arms. Instead all they want to do is sit on Mummy’s  knee. I’ve noticed this before. There is a definite pecking order. If the parents aren’t around, little Rose and George cling to me like limpets and are very wary of strangers. But if Mummy or Daddy are there, I take third place. Hurt? Of course not. Well – just a little bit…

The nativity play is starting…

Rose and her contemporaries sing their hearts out like canaries. But George gets cheesed off with being in the audience and decides he wants to go on stage too. “Come back,” we whisper but he chooses not to hear us. A horde of other toddlers break ranks to join him.

“Looks like our boy has sparked off a riot,” whispers my husband delightedly. “If he hadn’t got suspended at nursery, he could have been a bona fide member of the cast.”

I should add here that George wasn’t suspended. It’s just that my little grandson cried so much when I dropped him off, we all decided we’d leave nursery for a term or two until he was “ready”. I have a sneaking sympathy for him. Not all of us like to face new situations but I suppose it’s a rite of passage. Still, maybe the lure of next year’s nativity might be enough for him to change his mind about re-enlisting!

After nativity comes the raffle. “Can I hold your tickets?” asks Rose. Of course. She then nips back on stage to play with her friends. But when it comes to calling out the numbers, my granddaughter mysteriously seems to have lost a strip. What if I miss out on a prize?

The numbers are called. You can feel the tension mount as the prizes dwindle. None of us have won although I’m certain that one of the numbers was extremely close to the strip I lost. “Don’t be so childish,” jokes my husband. He’s right of course but I can’t help feeling hard done by. I had my eye on a rather nice tube of body lotion!

“Ouch,” says my husband as a couple of angels tear past.

“They bumped into my hip.”

“I told you to take your crutches,” I say.

The following day, it’s George’s two-year-old check. I’m having little Rose for an hour. It’s actually really nice to have the grandchildren for short periods of time. Much as I love my 11 hour days, they do get a bit exhausting. I also get very behind with my chores. So I decided that Rose and I can dust my dressing table together. “This is fun,” she says, wielding the duster and sending wax globules everywhere.

“Do you know who this is?” I ask holding up a photograph which sits next to my make-up box.

She puts her head to one side. “Mummy?”

“Actually it’s your great granny,” I say. “But she does look rather like Mummy.”

“Can we play the musical box?” she asks

This is one of her treats. It belonged to my grandmother and Rose and I often dance around to the tune. There is something rather evocative and poignant about sharing things that mean so much to you with the younger generation. Especially at Christmas.

Meanwhile, my husband is downstairs assembling a tractor for George…

When he first said he was buying one, I assumed it was a small one. But no. It’s one of those sit-on ride-ons. I’m not quite sure what my daughter is going to say. It’s going to take up a large part of their cosy little home. But it’s certainly keeping him happy. Or should I say busy?

By evening he is still at it. “They said it would only take three hours to make,”  he grumbles. I suppress a smile. My husband doesn’t have children of his own. So he doesn’t know that one of the rituals at Christmas is to spend hours looking for missing bolts when assembling a child’s toy – and then find you don’t have the right batteries!

Still, it’s all part of the ritual leading up to the big day. Tomorrow, I’ve got both children from morning till night. Their parents are going to a spa. My son-in-law’s parents gave them this lovely treat and they deserve a rest. Any suggestions on how to amuse two very hyped-up children two days before Christmas? Answers on a postcard please!

Meanwhile, I’ll be back next week. By that time, Christmas will be over. Can you believe it? I’m also aware that this can be a very difficult time of the year for many people. At one stage of my life, I bought a Christmas tree and didn’t have the heart to decorate it. I want to tell you all that however tough things seem to be now, they do have a habit of improving.

PS My daughter rings. “You won’t believe this, Mum! I’ve found your missing raffle tickets in the washing machine. They were in Rose’s pockets.”

She reads out the numbers. “Do they sound familiar?”

I’m not sure. But it doesn’t matter now. In the scheme of things, winning isn’t everything. Just kindness, health and love. Whatever the time of the year.

I’d love to hear about your life too. You can catch up with me on Twitter (@janecorryauthor) or Facebook (Jane Corry Author). See you next week!

I Looked Away by Jane Corry is published by Penguin Viking. To buy, go to https://amzn.to/2Lq2rew and https://www.hive.co.uk/Product/Jane-Corry/I-Looked-Away/23635139

Don’t miss an exclusive serial, The Grans’ Club, written by Jane Corry for My Weekly. All instalments are available now.

I joined the My Weekly team nine years ago, and I love the variety of topics we cover both online and in the magazine. I manage the digital content for the brand, sharing features and information on the website, social media and in our digital newsletters. I also work for Your Best Ever Christmas - perfect as it's my favourite time of year! 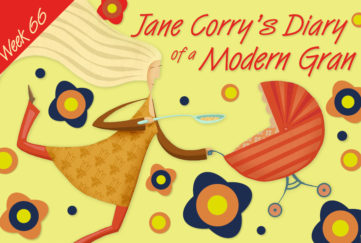 NEW! Diary of A Modern Gran | Granny Hosts A Sleepover

“Gan Gan,” says little Rose. “Please can I stay the night?” We’ve been talking about having a sleepover for ages. The last time was over a year ago. This is […] 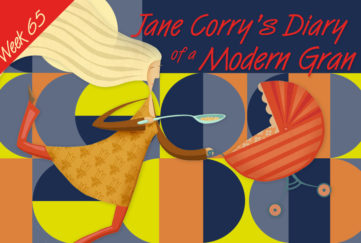 Diary of A Modern Gran | Granny Sees In The New Year

“What are you doing for new year, Mum?” asks my daughter. For a minute I think she’s going to ask if we could babysit. In fact, I’d be quite happy […] 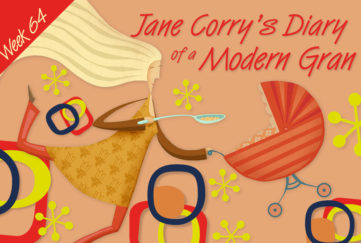 Diary of A Modern Gran | Xmas Day In A Cold Car

At last! Christmas Eve is here. Little Rose and George are totally hyped up. The rest of us are exhausted. The presents are wrapped and the Christmas cards finally sent. […]