There were only about fifty of them. Not so many really. They’d always stood on top of Sophie’s wardrobe, all lined up as if they were about to have their photo taken: taller ones at the back, smaller ones at the front. Paula had grown used to seeing them all there, all those cuddly toys with their bright eyes and their fluff.

Only today they all lay on Sophie’s bed – all but one. Rabbit dangled by his ears in Sophie’s hand.

Paula stroked his furry back. “He seems pretty real to me.”

Sophie plonked herself down on the edge of her bed, surveying all her toys with an annoyed grimace. “I’m going to get rid of some of them.”

Paula was sure all those toys’ shiny eyes widened in shock. She was only seven. Had she grown out of all her grab-and-hug friends so soon?

“I’m going to get a bag,” Sophie said, heading for the door.

“They’ll… they’ll suffocate…” Paula muttered in her wake. She scooped up the discarded rabbit, setting his bruised ears straight.

I remember the day she got you. She remembered Sophie saying when she was just five, her eyes peeping out from above her pink duvet, “I can’t sleep. I don’t know what’s under my bed.” She’d only been at school for a week and somebody had been telling spooky tales.

“There’s nothing under there,” Paula told her firmly.

Every girl needs a friend who likes the dark

“Moon beams,” Dave, her husband had said from the doorway. He came in and sat on Sophie’s bed. “But every little girl needs a friend who likes the dark. Rabbits live underground and they know all about the dark, so if you get lost in it…” Two long ears wriggled their way out from under his jumper, followed by a small white body. “…Mr Rabbit will bring you home.”

He handed over the present and Sophie had hung on to Mr Rabbit but she hadn’t smiled at all.

“Why are you and Mum so sad?” she asked then in a small, worried voice.

“We’re not sad. We’re fine,” Paula had lied as Dave turned and frowned at her.

“No, you’re sad,” Sophie argued. “I heard you crying in your bedroom the other day, Mum. Dad was with you.”

Dave sent Paula another worried look. “Tell her,” she said.

“Well… the truth is Sophie,” he began. “Daddy and Mummy really wanted some brothers and sisters for you but we found out from a doctor that we won’t be able to do that now.”

“Sometimes things like that happen,” Paula added, sitting on the other side of her daughter’s bed. “So yes, we’re sad right now.”

Sophie hadn’t seemed to need Mr Rabbit’s guidance for this kind of darkness in her life.

“What do I need brothers and sisters for?” she’d asked, perplexed. “I have lots of friends at school now.”

Paula hugged the little rabbit a little tighter in Sophie’s bedroom as footsteps thumped up the stairs.

Sophie rushed in, waving a supermarket carrier. “I think this will be big enough.”

“So where are they all going, then?” Paula ventured as Sophie picked through the pile of toys, through teddies, cats, dogs and assorted rodents. “You’re not going to throw them away, are you?”

Sophie pouted, concentrating on the furry face of a guinea pig.

“This one doesn’t have a name,” she said, shaking her head. “He can go.” She picked up a fat round hedgehog. “I don’t remember where this one came from. She can go too.”

Paula held her breath as Sophie held up the brand new teddy bear. It had been the most recent addition to her collection.

Yes, she’d reject him. He’d come home with her dad, months ago. Dave’s cheeks had been all flushed with excitement as he’d told his daughter of her parents’ brand new plan, of where he’d been and who he’d talked to… of the long, long process ahead of them.

“Everybody deserves to be loved and cared for.” He’d held out the lonely bear, using it as an example. “Everybody does, Sophie.”

Sophie had batted it from his fingers.

“I’m going to live with Grandma and Grandad,” she’d yelled.

“Sophie!” Paula called as she’d fled up the stairs, a whirlwind of frustrated rage.

Dave stood, wiping a hand over his face.

“Of course you didn’t.” Paula wrapped her arms around him. “We can’t expect her to think it’s a good idea because we do. It’s new and it’s scary.”

He stared down at the discarded teddy. “We shouldn’t do anything definite until she’s ready,” he’d said. “I’ll call the agency and ask for advice. They’ll understand. They must deal with things like this all the time.

“I mean, nothing’s going to happen with this overnight, after all… is it?”

He’d gone upstairs to try to talk to Sophie again.

An hour later Teddy lay under the apple tree in the garden; Sophie had thrown him right out of her window. He’d cannoned off the branches then fallen headlong to the grass, and there he’d lain, rejected.

In all, fifteen toys received their marching orders that afternoon.

Sophie stuffed the last toy into her carrier bag, then she skirted past Paula and walked out of the door.

“Where are you going, Soph?” Paula asked, her heart pounding as her daughter stood on the landing. “Sophie?” In her mind’s eye she could see her thundering down the stairs and heading for the bin.

It was the first of a million questions she bombarded them with since Dave had confessed their plan months before.

“You mean, whoever it is might not stay here forever? Don’t you want them to stay? Is there going to be something wrong with them?”

They’d explained everything over and over again, Sophie always huffing and crossing her arms.

Paula bit her lip as Sophie pushed the door to the guest room open and peered inside. She lugged her toys to the spare bed and put them down.

She pulled a fluffy cat from the bag and glanced to the windowsill. She set it down there, right next to an oversized white mouse. They looked like a good team. She picked a teddy and a koala next and placed them together on top of the chest of drawers.

“Sophie?” Paula prompted gently. She gazed around the room. It stood neglected, gathering dust. Dave had wanted to decorate, but they wouldn’t do a thing until Sophie was happy.

“I’ve decided not to throw them away. I’ve decided I wouldn’t mind if someone moves in here one day,” Sophie said. “We won’t know how many toys they have, will we? I have lots, so they can have some of mine.”

Paula hurried over to her daughter and hugged her. “Oh, Sophie!”

“But if we like them I don’t think we should send them back,” she said quietly, nesting into Paula’s shoulder. “I mean that would be like me really throwing all my toys away, wouldn’t it?”

Paula laughed. “I wish it was that simple, I really do.”

Sophie went back to work, unpacking toys on to the bed, and when she finished she ran back to her room to collect one left behind – Mr Rabbit.

Paula frowned. “Are you sure you want to give him away? You might not get him back.”

“He’s a special rabbit,” Sophie said, as she placed him onto the pillow on the bed. “Daddy said if I got lost in the dark Rabbit would find me.”

She gazed around at her mother.

“If someone moves in with us, can I tell them that? Can I tell them they won’t get lost in the dark ever again? That Mr Rabbit will find them and make sure they’re safe?”

Paula smiled. “Of course you can,” she said. “I think that will make them very, very happy.” Almost as happy as she felt herself just then.

We’re ready, she thought, giving Sophie another hug. It’s taken a lot of understanding – and a lot of furry friends – but finally we’re all ready for this.

We’re sharing another lovely short story of hope for the future from our archives, every Monday and Thursday during January. Look out for the next one!

I joined the My Weekly team nine years ago, and I love the variety of topics we cover both online and in the magazine. I manage the digital content for the brand, sharing features and information on the website, social media and in our digital newsletters. I also work for Your Best Ever Christmas - perfect as it's my favourite time of year! 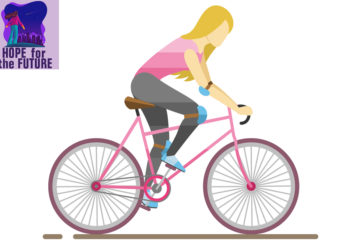 Downhill All The Way

Would their shared hobby bring them together – or leave Jude behind? “Come on Jude, keep up!” Jude grumbled to herself as she pedalled and leaned over the handlebars, putting […] 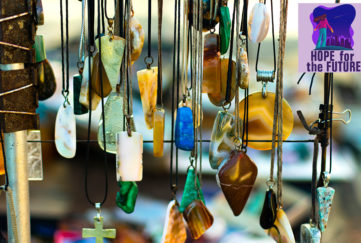 Every stone has a meaning… but how can that help me? “Oh, they’re lovely.” A fellow stallholder at the craft fair reaches out to touch earrings dangling from my display. […] 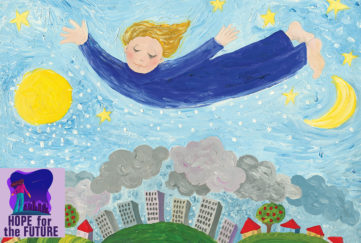 In his mind, William can go anywhere, do anything – and he so wishes to take his family, too It’s morning. I hear the birds singing outside. How happy they […]